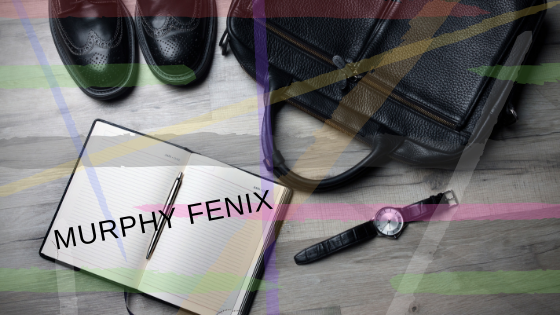 Murphy Fenix doesn’t really remember his parents. The Society ran the Protected Level differently in the beginning. Murphy and his wife were apart of the first generation of Synthesizers. They lived with their parents until they were 4 years old, and then they grew up in Sanctuaries until they were 16. As fresh sweet sixteens, they underwent I.D. Synthesis being evaluated every 3 months. Then at the age 20, they selected their gender, sexual orientation, and spiritual practice.

A couple of years after he finished his IDS, the process changed over the span of 10 years. How the process works now was finalized a few years before Jon was born.

Unlike Jon, Murphy never got to see his parents. It was complete separation from their parents for the Collective of 52, believing parental bonds could influence who children decided to become. However, majority of Society members from Collective 52 suffered from severe depression and did not complete I.D. Synthesis. To date, most of the workers in Sanctuaries are from Collective 52 remaining inside a gender neutral environment.

When Murphy left the Sanctuary, he was given an occupation he had to keep secret. He would say he worked as a janitor in the Law House, located behind the wall in the Private Sector. A black car from behind the wall would come and pick him up early in the morning as the sun rose, and dropped him back off at his apartment late at night, after dark.

He remembers the first day he crossed the checkpoint of the wall and ventured into the Private Level. It was his second day amongst the Society. He just spent a wild night at the Lounge with his roommate Gabriel. At the time Murphy was attracted to men and therefore, hooked up with different bulky, manly, men every night. On his first night though, he brought home the most beautiful woman he ever saw. Her outrageous beauty and enchanting charm swayed him to spend one night with her. After that, they agreed to be friends not feeling any chemistry between them. She fast became his best friend.

Behind the wall, there are trees, grass, space from building to building, and smog-free blue skies. Everything looks pristine and presentable. The sidewalks and the streets are so clean at times it seems fake. It was that way back then and it is the same way now.

The sun fully rose and took the sky when the black car pulled up to the Philosopher’s house. Chief Philosopher Silas Angelcrest was and still is considered the wisest man when pondering the state of humanity and directing a path for humanity’s future… Silas’s father, Hugo Angelcrest, was one of the founding fathers of the Society and continues to serve as Chief Policymaker.

Silas was single at the time and lived alone. The man’s black hair went down to his shoulders. He wore beaded bracelets and a beaded necklace. That day he wore a bright red tunic with a golden dragon on it. He did not wear any shoes because he was in a season of groundedness, where his entire being needed to connect with the force in his surroundings. He claimed to feel a connection with all things, living and inanimate.

‘You’re here Blanco (Murphy’s Sanctuary first name) because you tested to be a deeper thinker, connecting with the deep universal truths without being taught them. The Panel and I know you’re destined to be a part of the elect, but it is up to you to choose that path. I will take you under my wing. I will share my wealth of knowledge of wisdom with you. And if you pass your training, if the Panel accepts you, and if you choose this path, then you will become the first Philosopher from the Public Level.’ Silas said with an effeminate tone. He talked with hands whenever he got the chance. He was a very bright person. If personality could be colors, he would be the rainbow with a touch of sparkles.

They began right away. Often, Murphy would be up to his head in books for reading assignments. Murphy’s reading go so extensive that Silas would allow him to spend weeks at time in the huge manor. After a year, Silas made a room for him to stay when wanted to, which was all the time.

The remaining six months of Murphy’s I.D. Synthesis, Murphy (who then was Blanco Fenix, a caucasian, homosexual, spiritual man) confessed he was in love with Silas. And even though it was unethical they proceeded to have an affair.

Then a month before Murphy’s IDS was to be finalized, he was reading the Holy Bible for an assignment studying “The Limitations of Morality for the Stability of the Psyche”. He came across an old testament scripture.

22 “ ‘Do not have sexual relations with a man as one does with a woman; that is detestable.’ ” (NIV)